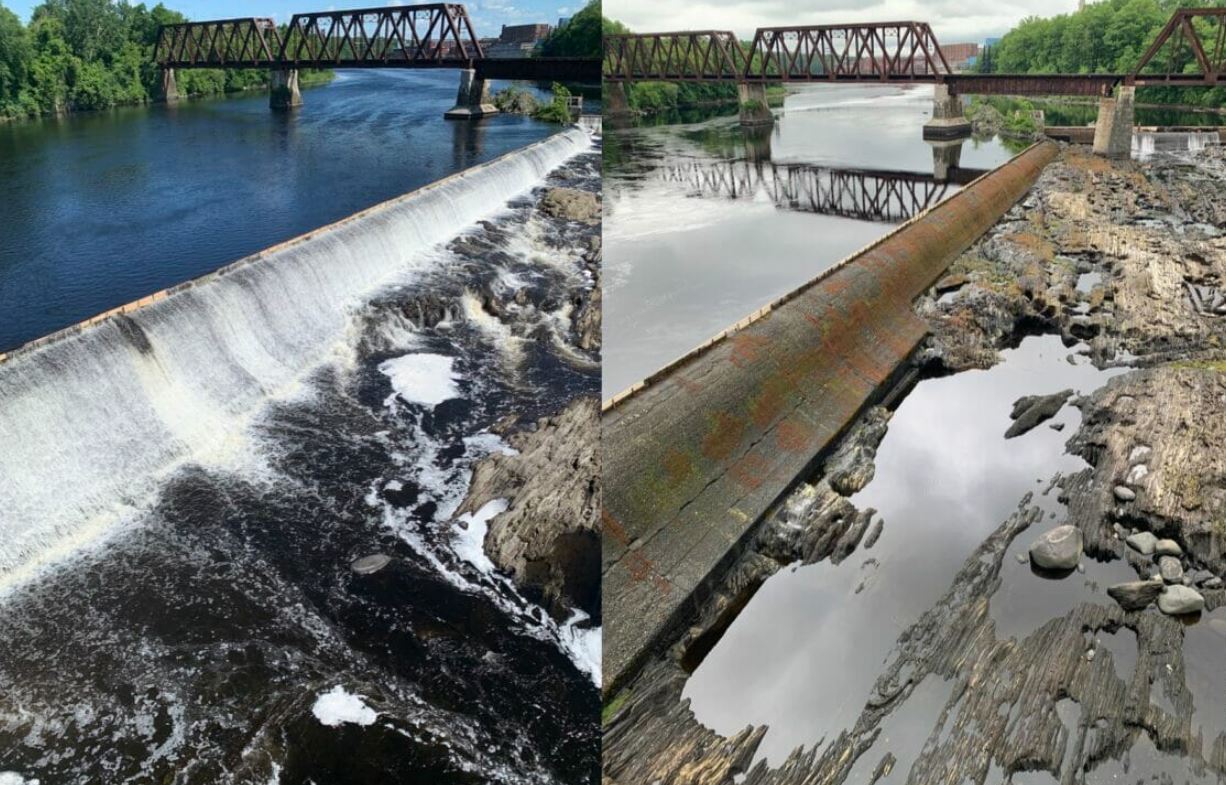 TU’s Kennebec Valley Chapter—and many partners–have been advocating to reopen the mainstem Kennebec and its tributaries to Atlantic salmon and other native sea-run fish for more than 30 years.  Since the precedent-setting removal of the Edwards Dam in 1999 and the Fort Halifax Dam in 2008, the Kennebec has been a tale of two rivers.

In the lower Kennebec and the Sebasticook River—below the Lockwood Dam—the Kennebec has seen the recovery of endangered  shortnose and threatened Atlatnic sturgeon and the largest run of river herring on the East Coast, the development of a thriving fishery for restored American shad, and an ecological renaissance that brings seals more than 40 miles into freshwater and hosts the largest concentration of juvenile bald eagles on the east coast when the river herring are running in May and June.

That ends at a failed fishlift on the Lockwood Dam, above which the only restoration or recovery has come from a trapping and trucking Atlantic salmon more than 40 miles around the Lockwood and three more dams to the Sandy River.  We’ll visit the Lockwood Dam, where staff from the Maine Department of Marine Resources will explain how they’ve restored the largest documented run of salmon smolts in Maine to the Sandy, and we can see first-hand some of the problems with the fish lift.

Our second stop will be at the former site of the Edwards Dam and talk with TU volunteers and staff from our partner organizations about the Kennebec’s remarkable recovery below Lockwood and the potential to add Atlantic salmon to the list of restored species if we can get fish past the four lower Kennebec dams.